The Juul Revolution: How (And Why) One Company Is Slowly Taking Over Vape Nation 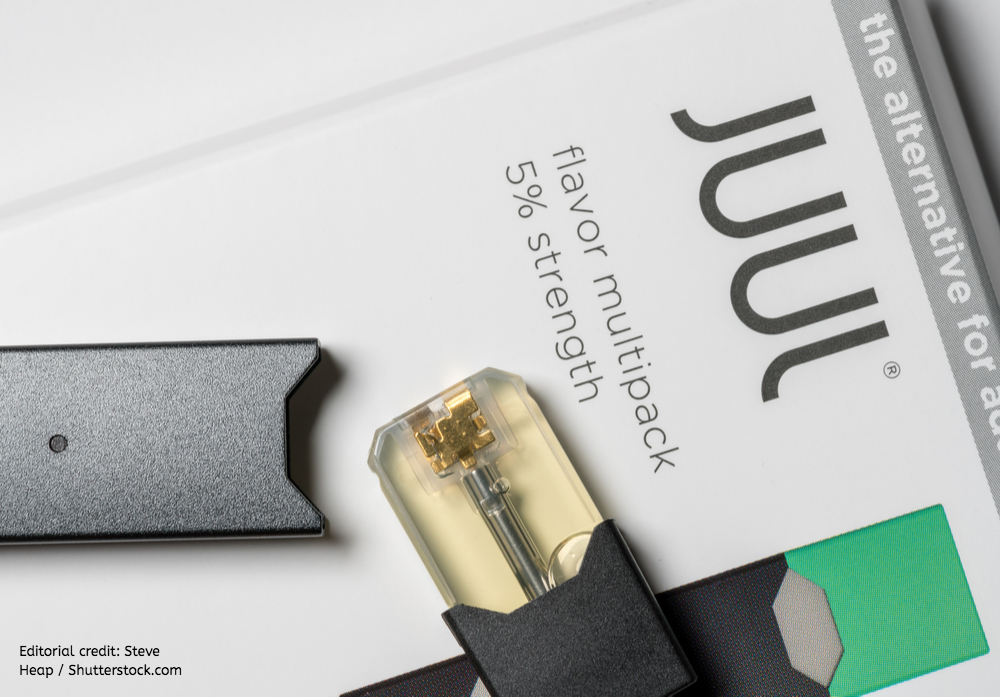 Vaping is a relatively new technology, but it’s spread quickly. Vaping has attracted cigarette smokers looking for a safer alternative, as well as people who never smoked in the first place, but are willing to try something new. In the first few years of the technology, thousands of companies sprang up to fill the demand for slim e-cigarettes. Later down the line, as people got used to the idea of vaping, the cigarette-shaped vapes fell out of favor, replaced by larger, chunky mods, and plenty of people got downright nerdy about the tech involved, comparing ohm levels and buying exclusive e-juices with flavors like “Cinnamon Vanilla Cannoli Crunch.” But a relative newcomer has started to dominate vaping, and it’s not like the cigarette imitators or the bespoke, expensive cloud machines of the past. The age of Juul has begun.

The Origin of The Juul

Juul was introduced in 2015 by PAX labs, a vaporizer company founded in 2007 that was among the most successful startups to emerge from the vape boom, selling popular marijuana vaporizers alongside e-cigarettes. While PAX was doing well in both these markets, they were still interested in what they could do to appeal to more casual consumers. Disposable vapes like the Blu e-cigarette weren’t selling like they first did, while expensive mods were limited to vape hobbyists. The market was missing an affordable vaporizer that could be sold in gas stations, not just specialty shops. When they stumbled on one key innovation, Juul was born.

The discovery that birthed Juul—and is partially responsible for its success- was a different way of delivering nicotine. While other vaporizers include nicotine in their e-juice, which also consists of propylene glycol, glycerin, water, and flavorings, their nicotine hit isn’t as strong as that of a Juul. That’s because PAX discovered that they could include nicotine salts in their liquid. These salts deliver a much more powerful nicotine peak than most other vapes. And since Juul holds a patent on this preparation, you can’t find this vaping experience elsewhere.

More adolescents are now using vaporizers than smoking cigarettes, and Juul accounts for a big portion of that. Many schools have had to ban Juuls because of their popularity with teenagers, who sneak them into bathrooms for a quick hit in between classes. The Juul’s design, resembling a USB drive, may make it seem less harmful to teens than other styles of vaporizers. Juul’s pod system, which allows you to purchase multiple different flavors, has also been pointed to as a factor in its popularity with young people.

Juul isn’t just popular with teens, or if it is, they’re buying an awful lot of pods: the company now accounts for more than 50% of the e-cigarette retail market. Juuls and pods are ubiquitous, sold in corner stores and gas stations as well as smoke shops. They’ve been called “the iPhone of vapes,” and much like that pioneering smartphone, they don’t seem to be going anywhere.