5 Reasons Why Apple Is So Successful 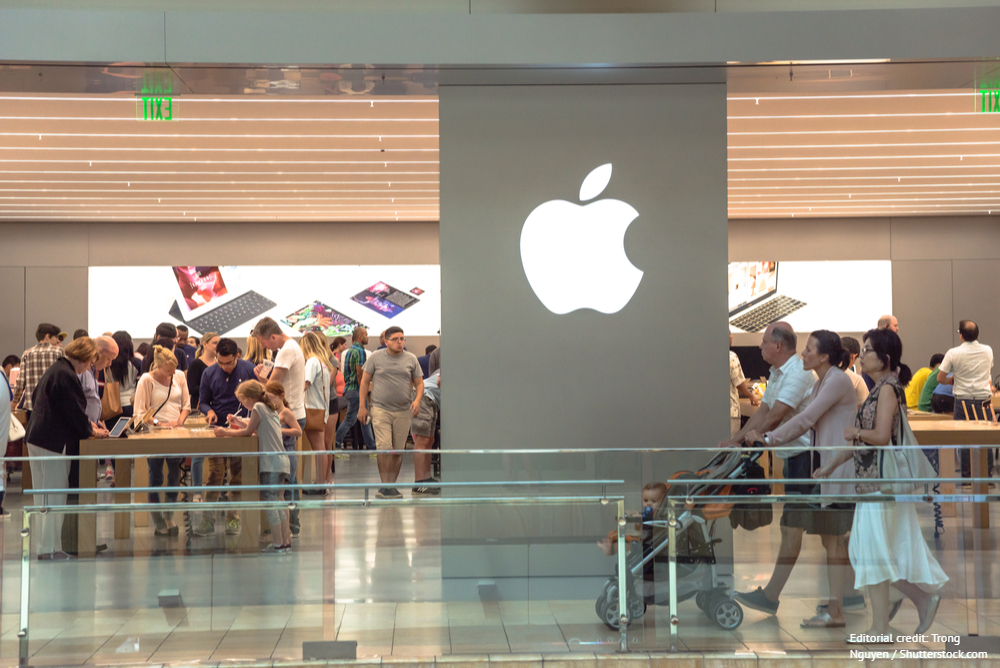 Unless you have been living under a rock for the past 4 decades then it’s highly likely that you’ve seen the iconic Apple logo: an apple with a bite taken out on one side. After years of dominating the technology market, Apple has become synonymous with the words ‘brilliant’, ‘creative’, and ‘fundamental’. But why is this?

Apple was founded on April 1, 1976 by Steve Wozniak, Ronald Wayne, and Steve Jobs. Jobs being the face of the company and one of the core factors of why Apple would end up being such a big deal in the technology market. Back then, Apple was known as ‘Apple Computer Company’ and their first product was the Apple I, which was completely designed and built by Steve Wozniak, and although the Apple I and some of the later products released by the company did sufficiently well in the market at that time, it was the 1984 release of the Macintosh that changed the whole trajectory of the company.

The commercial for the Mac was called a ‘Masterpiece’ by CNN and is considered one of the greatest television commercials of all time. Now, this is where we see a sliver of the potency of Apple’s marketing and one of the reasons why the company was so successful. In this article we will explore 5 other reasons why Apple is as big a name as it is now.

1. Ahead of the Curve

Apple is and always has been years ahead of its competitors. Quite literally. Apple has a policy of being at least 2 years ahead of the market, which means that an Apple product, such as the first iPhone, released in 2007 had completely dominated the market, before competitors like Samsung & Motorola came out with their devices in 2009 and 2010. This principle of always staying ahead of the competition by designing and producing products that are to be released years into the future has set Apple apart from most companies.

As talked about in various documentaries and books, Apple has always valued creativity, which is why the products, although conceptualized years in the past, still don’t go stale, so to speak. To have a technological giant like Apple be so dedicated about their products and their vision is one of the biggest reasons why their competition is always on its toes.

Apple doesn’t release products just for the sake of releasing them. With every new Apple product, there is some technological advancement that was not seen in the previous model of that product. This is one of the reasons why people flock to Apple stores and stay in line for hours just to buy the new iPhone when it releases.

Every update to its operating systems, every new camera feature, every new color introduced has incited excitement in its customers, in part thanks to the excellent presentations conducted by Jobs and his successors that have branded Apple as a dynamic force you can’t afford to miss. It is not unlikely that the minute a new product has been launched, their next one is already in the stages of development.

Jobs’ and by extension, Apple’s, main objective for their products was beauty in simplicity. Aside from their elegant, sleek trademark design, it was paramount for them that their products should be easy to use for all age groups and audiences, which is plain to see in the amount of toddlers you may see running around playing Subway Surfer on their parents’ iPad. Apple’s obsession with perfection makes it so that its issues are virtually non-existent. Each product is tested by experts hundreds of times before it is finally approved for mass production and launching.

Apple users will hardly ever complain of typical issues such as app crashing, malware attacks, or frequent annoying pop-ups, because Apple’s design and programming is near flawless. Each product is a take on current existing technology on the market that they improve on ten times over, taking into account common issues customers experience in their products and working to eliminate it altogether.

Seeing as Apple’s entire brand is based on fulfilling and catering to the needs of all audiences, it comes as no surprise that their customer service is near unparalleled.The reason for Apple’s huge success in sales over the years is in no small part to the loyalty they incite in their customers, a fact they are well aware of.

In order to keep their customers feeling happy, Apple has opened over 460 retail stores worldwide by 2015 in order to have better, direct access to their audience. This has not only opened up millions of jobs for people all around the world, but has also reached an inordinate amount of people.

Apple has been consistently releasing a wide variety of products over the years ranging from phones, laptops, watches, and more that are steadily expanding. Word on the street is speaking of potential production of Apple Cameras and even an Apple car. Though Apple holds no technology not already existing in the market, their customers still eagerly await the launch of their newest products simply because Apple just does it better.

Considering Apple’s objective is reinvention toward perfection, there is still an entire market of products they can still aim to improve in their future products that keep their audience and competition eagerly keeping tabs on what new experiment they may embark on.

Looking at all these reasons, it seems Apple’s role in the industry is undefeatable. Yet if Apple has taught us anything since its inception, it is that perfection is never wholly reached, and that there is always room for improvement. Keeping this in mind, it seems that Apple won’t be going anywhere in the foreseeable future and neither will their loyal customers.